Shopping Cart
Your Cart is Empty
Quantity:
Subtotal
Taxes
Shipping
Total
There was an error with PayPalClick here to try again

Thank you for your business!You should be receiving an order confirmation from Paypal shortly.Exit Shopping Cart

Kernow Klimber is a venture directed by me, Pete Greening. My aim is to provide sea-cliff and mountain adventures to people of all abilities. Nearly anything you want to do is possible – rock climbing, scrambling, mountaineering, hill walking, technical training and advice.

Whilst at school, visits to an outdoor centre and participation in the Duke of Edinburgh’s Award furthered my interest in the Outdoors. By 1986, I had joined the Royal Air Force. This provided me with the opportunity to travel and explore many of the UK’s premier climbing areas, such as the Peak District, Scotland, North Wales and, of course, Cornwall. A choice posting to RAF Valley, on Anglesey, meant that I could spend every spare minute in the mountains and on the cliffs of Snowdonia, climbing many of the celebrated rock climbs of the area, such as Great Wall (E4) on Clogwyn Du’r Arddu and Positron (E5) on Craig Gogarth.

A move to Scotland in 1997, meant less rock climbing and more mountaineering, plus a good grounding in winter climbing. I joined the RAF Kinloss Mountain Rescue Team and spent most of my weekends in the big hills, assisting those in need and planning expeditions to far-off places. These expeditions included several visits to the Alps, with ascents of Mont Blanc and the Walker Spur on the North Face of The Grandes Jorasses (considered by many alpinists to be a better climb than the North Face of the Eiger). During this period, I also led an expedition to the remote Cirque of the Unclimbables, in northern Canada, and climbed the spectacular Lotus Flower Tower, a route considered by many climbers to be the finest rock climb in the world.

A natural progression as a climber/mountaineer is to visit the Himalayas and I have been lucky enough to climb Ama Dablam (6812m) by its South West Ridge and was also a member of the RAF Mountain Rescue Service Everest Expedition which put 2 people on the summit in 2001.

Having resided in Cornwall since 2000, I take every opportunity to explore the wonderful climbing available here. Recently I have been busy working to update the Chair Ladder (premier Cornish sea-cliff) section of the West Cornwall Volume 2 climbing guidebook for The Climbers Club. (That's me on the front cover!)

"Going to the right place, at the right time, with the right people is all that really matters. What one does is purely incidental.” Colin Kirkus 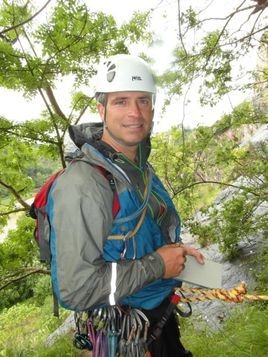 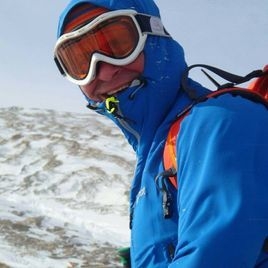 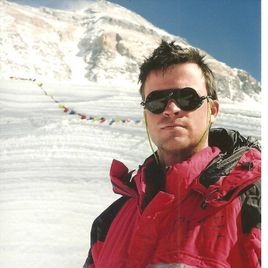 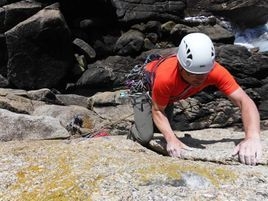 Pete is a Course Director of the following Mountain Training awards:

Pete is a Tutor for the following Mountain Training Skills Courses:

Pete is a full member of the following Associations.